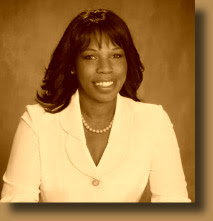 Victoria Christopher Murray always knew she would become an author, even as she was taking quite an unlikely path to that destination. A native of Queens, New York, Victoria first left New York to attend Hampton Institute in Virginia where she majored in Communication Disorders. After graduating from Hampton, Victoria attended New York University where she received her MBA.

Victoria spent ten years in Corporate America before she decided to test her entrepreneurial spirit. She opened a Financial Services Agency for Aegon, USA where she managed the number one division for nine consecutive years. However, Victoria never lost the dream to write and when the “bug” hit her again in 1997, she answered the call.

Victoria originally self published Temptation. “I wanted to write a book as entertaining and compelling as any of the books on the market, put God in the middle, and have the book still be a page-turner. I wasn’t writing to any particular genre – I didn’t even know Christian fiction existed. I just wanted to write about people I knew and characters I could relate to.”

In 2000, Time Warner published Temptation. Temptation made numerous best sellers list across the nation and remained on the Essence bestsellers list for nine consecutive months. In 2001, Temptation was nominated for an NAACP Image Award in Outstanding Literature.

Since Temptation, Victoria has written four other novels: JOY, Truth Be Told, Grown Folks Business, and A Sin and a Shame. All of her novels have continued to be Essence bestsellers; her last three each reaching #1. In addition, Victoria has received numerous awards including the Golden Pen Award for Best Inspirational Fiction and in 2006, she was awarded the Phyllis Wheatley Trailblazer Award for being the pioneer in African American Christian Fiction. 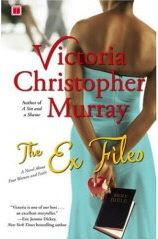 The Ex Files:
A Novel About Four Women and Faith...
There are four ways a woman can handle heartbreak. She can fall apart, seek revenge, turn cold, or move on. The Ex Files is the story of these four women:

When Kendall Stewart finds her husband and her sister in bed together, she vows to never let anyone get that close again. But when she is faced with saving the life of the woman who destroyed hers, will she be able to forgive?

When an NBA superstar tells his mistress, Asia Ingrum, that he's decided to honor his marriage vows, her shock quickly gives way to revenge...but her decision may come back to haunt their five-year-old daughter.

Every night Vanessa Martin wonders why her husband committed suicide. Even worse, she contemplates joining him in eternity. Will Vanessa be able to gather the strength to live again?

Sheridan Hart is finally finding her way after a lie destroyed her seventeen-year marriage. Her new love is ready to get married, but will she commit to this younger man or is her ex-husband taking up too much space in her heart?

When their pastor asks Kendall, Asia, Vanessa, and Sheridan to meet weekly for prayer, they can't imagine they will have anything in common. But then a devastating tragedy strikes and these strangers are forced to reexamine their choices. Will they find true friendship, or will prayer -- and their union -- fail them?
CFBA