Showing posts from March, 2008
Show all

Ryan Watters and the King's Sword by Eric Reinhold 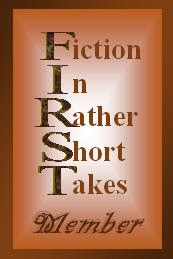 It is April FIRST--no foolin'-- , time for the FIRST Day Blog Tour! (Join our alliance! Click the button!) The FIRST day of every month we will feature an author and his/her latest book's FIRST chapter! The feature author is: ERIC REINHOLD and his book: Ryan Watters and the King's Sword Creation House (May 2008) Illustrated by: Corey Wolfe ABOUT THE AUTHOR: Eric J. Reinhold is a graduate of the U.S. Naval Academy. The former Naval officer writes extensively for a variety of national financial publications in his position as a Certified Financial Planner® and President of Academy Wealth Management. His passion for writing a youth fantasy novel was fueled by nightly impromptu storytelling to his children and actively serving in the middle and high school programs at First Baptist Sweetwater Church in Longwood, Florida. Visit him at his website . AND NOW...THE FIRST CHAPTER: The Angel’s Visitation It first appeared as a gentle glow, almost like a child’s night-light. Heav
Post a Comment
Read more

Paperback: 176 pages Publisher: Regal Books Released: 02/01/2008 ISBN-10: 0830745017 ISBN-13: 978-0830745012 Retail: $12.99 ABOUT THE BOOK: Seeing through the Lies: Unmasking the Myths Women Believe We have been seduced by half-truths and whole lies since time began. Remember the garden? In Seeing Through the Lies , author and speaker Vonda Skelton humorously addresses the disappointments women experience as they search for truth while believing a lie. Each chapter opens with amusing anecdotes from real life and ends with answers and guidance straight from God s Word. Exploring topics such as pride, fear, motherhood, and the busyness of life, this book offers practical steps for peeling away the layers of deceit and finding the joy of living in real truth. Through honesty and humility, Vonda takes women on a
8 comments
Read more 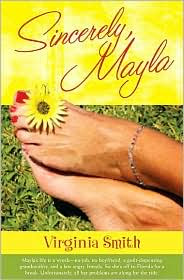 Announcing the best book of 2008 Mayla Strong is back. Only now she's a Christian and that's what's become the focus of her life. But she's still having to deal with her everyday life and the unpredictable outcomes that come of it. When her job becomes eliminated due to nepotism, she finds herself traveling to Florida to stay with her grandmother and aunt. But before she leaves she's in the midst of trying to find a new job, taking care of a stray bunny without her roommate noticing, AND she has to confront her pastor about their relationship. Then while in Florida she has to deal with a pregnant teenager, her grandmother being overly possessive, her gay friend's aversion towards Christianity and the email aftermath of her confrontation with Pastor Paul! Throughout all this, Mayla manages to keep her calm and have her faith grow at the same time. Is it possible to declare the best book of 2008 this early in the year? Because I think I've just fin
5 comments
Read more

This week, the Christian Fiction Blog Alliance is introducing Betrayed Tyndale House Publishers (February 6, 2008) by Jeanette Windle ABOUT THE AUTHOR: As the child of missionary parents, award-winning author and journalist Jeanette Windle grew up in the rural villages, jungles, and mountains of Colombia, now guerrilla hot zones. Her detailed research and writing is so realistic that it has prompted government agencies to question her to determine if she has received classified information. Currently based in Lancaster, PA, Jeanette has lived in six countries and traveled in more than twenty. She has more than a dozen books in print, including political/suspense best-seller CrossFire and the Parker Twins series . ABOUT THE BOOK Fires smolder endlessly below the dangerous surface of Guatemala City’s municipal dump. Deadlier fires seethe beneath the tenuous calm of a nation recovering from brutal civil war. Anthropologist Vicki Andrews is researching Guatemala’s “garbage people” when sh
Post a Comment
Read more 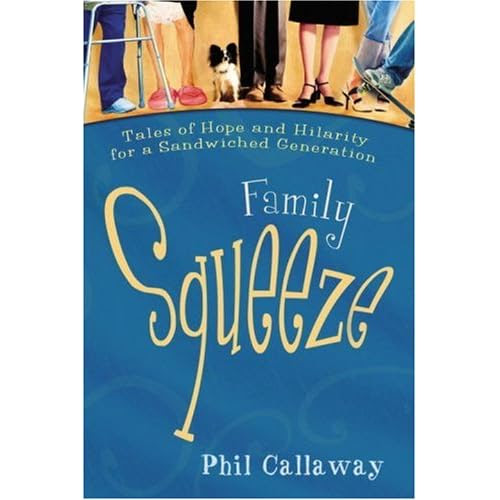 I 'm giving away 2 bran d new copies of today's book! Leave a comment with your email address so I can contact you if you win. I'll pick a name and announce the winners on Tuesday , April 1. Good luck! You’re in the “Middle Ages”–sandwiched between the “greatest generation” and the “gimme” generations, busily juggling both with no relief in sight. Children are driving, and parents are not. Money is tight and so are your favorite jeans. And things that never ached before are beginning to give you trouble! For every baby boomer who wonders if it’s possible to navigate the Middle Ages with grace and style, Phil Callaway offers plenty of hope and a little hilarity, too. Because there’s nothing like a smile to make wrinkles less noticeable. In Family Squeeze , the author of Who Put My Life on Fast Forward? and Laughing Matters offers this lighthearted look at the challenges of the middle years — and promises that while we can’t slow down the aging process, we can ease the wo
18 comments
Read more

For Pete's Sake by Linda Windsor

This week, the Christian Fiction Blog Alliance is introducing For Pete's Sake Book Two of the Piper Cove Chronicles (Avon Inspire - April 1, 2008) by Linda Windsor ABOUT THE AUTHOR: Maryland author Linda Windsor has written some twenty-nine historical and contemporary novels for both the secular and inspirational markets, but she is most noted for delivering “The Lift of Laughter and Spirit” in her modern inspirational romances. A Christy finalist and winner of numerous industry awards, Linda has written for Multnomah Publishing (historical fiction and contemporary romances), Barbour Publishing (romcom novella), and Westbow Press (the Moonstruck romantic comedy trilogy). Wedding Bell Blues the first book in her new The Piper Cove Chronicles series, is featured on Avon Inspire's launch list. In addition to writing and doing fiction-writing workshops at conferences across the country, Linda continues a music and lay speaking ministry started by her and her late husband, and she
Post a Comment
Read more

Between Two Worlds: The Spiritual Journey of an Evangelical Catholic by Mike Timmis

Introducing the new blog alliance devoted to Non~Fiction books, Non~FIRST, a component of Fiction in Rather Short Takes (FIRST). (Join our alliance! Click the button!) This is our very first blog tour. Normally, we will post every 15th day of every month, featuring an author and his/her latest book's FIRST chapter! The special feature author is: Mike Timmis and his book: Between Two Worlds: The Spiritual Journey of an Evangelical Catholic NavPress (February 2008) ABOUT THE AUTHOR: Mike Timmis had it all. How does a kid from working-class Detroit become an international ambassador for Christ? And what motivated an evangelical-based ministry to choose this Catholic as its chairman? Mike Timmis’s inspiring life as a Catholic and evangelical leader reveals how our unity in Christ transcends the two worlds’ differences. From him, we learn how Catholics and evangelicals can go into an alienated world together as ministers of reconciliation and witnesses to God’s salvation and love. M
Post a Comment
Read more 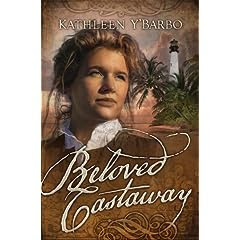 Running away doesn't solve everything Isabelle Gayarre was born the illegitimate daughter of a white man and his lover who was a slave. She's been sold to a master she does not want. Therefore with the help of her half sister, she attempts to flee to England. Josiah Carter, captain of the ship Isabelle finds herself on, is himself running away from the demons of his past. His relationship with his father is on the rocks. When he finds Isabelle on the ship, the two find themselves sparring with each other. A relationship grows, but Isabelle has not told Josiah the whole truth about herself. This book has a lot of adventure and romance in the story. Fans of historical fiction on the seas will enjoy this book. I liked the history part of the book especially dealing with the issues of slavery. I've always found it interesting about how in the 19th century that even a drop of mixed blood in you would make you a slave. Thus there would be blond hair, blue eyed peop
1 comment
Read more

This week, the Christian Fiction Blog Alliance is introducing On the Edge of the Dark Sea of Darkness WaterBrook Press (March 18, 2008) by Andrew Peterson ABOUT THE AUTHOR: Author/Singer/Songewriter Andrew Peterson, a 2005 Audie Award finalist for his readings of Ray Blackston’s Flabbergasted trilogy, wrote and produced the popular Christmas play and musical Behold the Lamb of God: The True Tale of the Coming of the Christ, and the album by the same name, which received the 2004 Best Album of the Year, World Christian Music’s Editors Choice Award. Andrew’s received critical acclaim for his seven albums and is at work on an eighth. He lives with his wife Jamie and their three young children near Nashville, Tennessee, where he reads storybooks aloud to his family each evening. Artist Justin Gerard has illustrated several children’s books, including The Lightlings storybooks for young readers by R.C. Sproul. He lives in Greenville, South Carolina, and works as the chief creative officer
Post a Comment
Read more

Experiencing the Resurrection by Henry and Melvin Blackaby and BOOK GIVEAWAY! 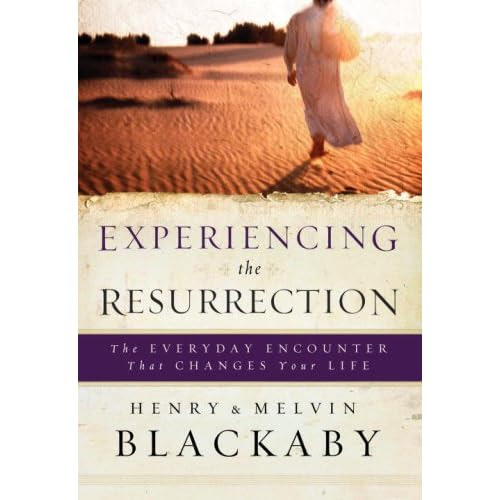 I 'm giving away a bran d new copy of today's book! Leave a comment with your email address so I can contact you if you win. I'll pick a name and announce the winner on Tuesday , March 24. Good luck! What does the resurrection of Christ really mean for us? What does it reveal about the heart and mind of God? And what real differences can the miracle of the resurrection make in your life today? Discover answers to those and other questions as you examine God’s Word with this companion study guide to the book Experiencing the Resurrection by Henry Blackaby and Mel vin Blackaby. Packed with practical notes, advice, and questions for reflection, this highly interactive guide—ideal for small group or individual use—shows you how to witness Christ’s resurrection in and through your life. Each chapter of the book is explored in a flexible one-week format with “life change objectives” that arise from applying the truth for each day to your life. Dr. Henry Blackaby , pre
19 comments
Read more
More posts