September 11, 2013
Hi folks!  I'm sure you've noticed that this blog has been dormant for quite a while. I've started blogging again.  It's not a book blog.  More like a reflection, personal essay, slice of my life stories type of blog. If you want to check it out, I'll be at AGirlWhoIsAGeek.com . Thanks and I hope I'll see you over there!
Post a Comment
Read more 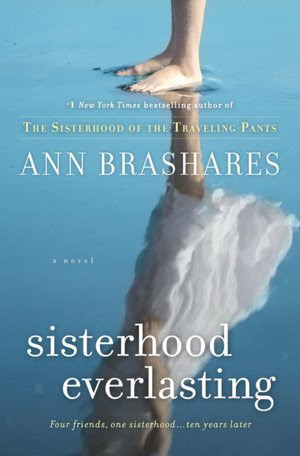 Summary from BN.com: On the cusp of turning thirty, Tibby, Lena, Carmen, and Bridget are now living separate lives, out on their own. Yet despite having jobs and men that they love, each knows that something is missing: the closeness that once sustained them. Carmen is a successful actress in New York, engaged to be married, but misses her friends. Lena finds solace in her art, teaching in Rhode Island, but still thinks of Kostos and the road she didn’t take. Bridget lives with her longtime boyfriend, Eric, in San Francisco, and though a part of her wants to settle down, a bigger part can’t seem to shed her old restlessness. Then Tibby reaches out to bridge the distance, sending the others plane tickets for a reunion that they all breathlessly await. And indeed, it will change their lives forever—but in ways that none of them could ever have expected. I became a fan of the Sisterhood books about seven years ago. I was past the age of the characters in the book but I fell in love with
4 comments
Read more 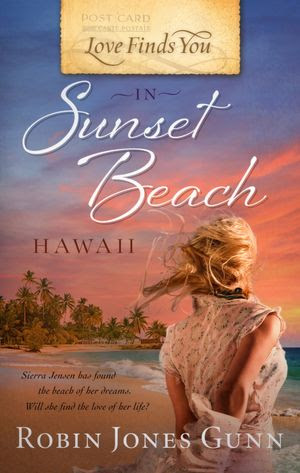 Summary from the publisher: When a wealthy friend offers Sierra Jensen a vacation at an oceanfront beach house, she envisions a quiet retreat where she can plan her next move. Instead, she arrives at the start of the noisy surfing competitions and is surprised to learn that her friend had an ulterior motive—namely, introducing Sierra to Jordan Bryce, the tenant staying below them. Jordan is a photographer whose lens and attention are focused on the surfers, and he is not willing to let anyone get in his way of landing the next cover shot for Surf Days magazine. Sierra and Jordan came to Sunset Beach looking for different things. But as the surf pounds the North Shore, will they discover something better than either of them had imagined? Reading this book totally made me feel nostalgic. I grew up reading the Sierra Jensen books (as well as the Christy Miller series) by Robin Jones Gunn and have been eagerly awaiting to see what would happen to this favorite character of mine. Whe
8 comments
Read more

Around the World in 80 Kisses : Smooch Stop #9 The International Kissing Club by Ivy Adams is the story of four best friends: Piper, Cassidy, Mei, and Izzy--the misfits of Paris, Texas. Their whole lives, they’ve dreamed of escaping small-town life and seeing the world. So when Piper is the victim of an embarrassing prank that goes viral online, she gets the idea that the girls should escape via the school’s international exchange program, in search of fun, love and internet redemption. Emily McKay along with writing partners Shellee Roberts and Tracy Deebs writes under the pseudonym Ivy Adams. They shop, gossip and watch movies in Austin, Texas. Top Ten Movies to watch when you’re home alone sick. I have to preface this blog with a story. Back when my hubby and I were newly married, I had to have eye surgery for a detached retina. Most people who detach a retina doing something cool and active, like sky diving or rappelling. Not me. My big hobbies are reading and baking and y
21 comments
Read more 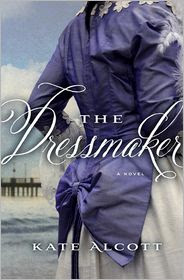 Mailbox Monday was created by Marcia of A Girl and Her Books and is being hosted by Savvy Verse and Wit this month. Here are the books I got this week. For Review: The Dressmaker by Kate Alcott The Bone House by Stephen R. Lawhead Waking Hours by Lis Wiehl with Pete Nelson Out of Oz by Gregory Maguire From Paperbackswap: Love Finds You in Nazareth, Pennsylvania by Melanie Dobson
8 comments
Read more

October 30, 2011
Well, in case you noticed (or maybe you didn't) I haven't been blogging in a while. Even more of a shocker, I haven't been reading either. It's quite absurd I know. The result of me not doing either has been a snowstorm in October on the East Coast! That's how off balanced I made the world! No seriously, I just haven't felt like reading lately. I'm not apologizing by any means. Obviously this is my blog and I can do what I want! Ok back to being serious, I'm just in a slump. It's not because of what I'm reading because I was reading some fantastic books and I got a bunch of great ones lined up. I think I was just pacing myself too much by trying to have a book reviewed every week day and if life got in the way, my schedule got screwed up. I think I will take things a bit more easier. I don't have to compete with other book blogs and it's not like the publishers/authors/publicists will kill me if I don't put up a review w
11 comments
Read more

October 24, 2011
Congrats to the winner of Reasons to be Happy by Katrina Kittle: Julie from Booking Mama
2 comments
Read more

Mailbox Monday was created by Marcia of A Girl and Her Books and is being hosted by Savvy Verse and Wit this month. Here are the books I got this week. For Review: Unexpected Dismounts by Nancy Rue Desired by Ginger Garrett Here's to Friends by Melody Carlson Composing Amelia by Alison Strobel A Lasting Impression by Tamera Alexander The Opposite of Art by Athol Dickson Love Finds You in Sunset Beach, Hawaii by Robin Jones Gunn A Marriage for Meghan by Mary Ellis The Rivals by Daisy Whitney Say You'll Be Mine by Julia Amante Valley of Dreams by Lauraine Snelling
10 comments
Read more
More posts