It is December 1st, time for the FIRST Day Blog Tour! (Join our alliance! Click the button!) The FIRST day of every month we will feature an author and his/her latest book's FIRST chapter!


This month's feature author is: 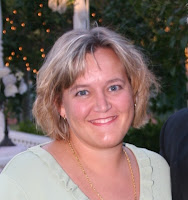 Jodi Cowles caught the travel bug when her parents took her on her first international flight at six months of age. Since then she’s been in over 30 countries. Along the way she’s gotten locked out of her cabin on an all night train to Kiev, helped deliver a baby in Indonesia, taught English in South Korea, gone spelunking in Guam, hiked the Golan Heights and laid bricks in Zimbabwe. Her interest in politics stems from hunting Easter eggs on the south lawn of the White House as a child. For her 30th birthday she ran the LA Marathon and promised to get serious about publishing. Jodi resides in Boise, Idaho and this is her first novel. 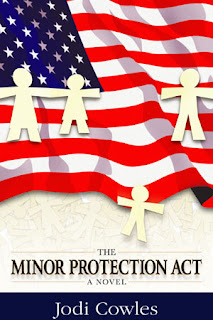 If the politically correct set was searching for a poster couple, they would need to look no further than Erik and Roselyn Jessup. In college they lit up doobies while attending passionate speeches about legalizing marijuana and freeing Tibet. Erik was even arrested once for helping break into an animal research center. Roselyn bailed him out. After five years of dating they decided to tie the knot. Seven years later, after Roselyn had enough time to get established in her career, she gave birth to their pride and joy, Jayla Lynn Jessup.

Both had satisfying full-time jobs that left them only enough time to pour themselves into Jayla. They attended every event at school, even if it meant working overtime and paying the after school program for a few extra hours. When Jayla made the principal's list or won a spelling bee, they were cheering, and filming, from the front row.

Jayla began junior high at a brand new school with a brand new curriculum. It was being called "progressive" in the papers; the first program of its kind implemented in California with plans for a nationwide rollout over the next 10 years. Praise poured in from around the country, applauding the straight talk about sexuality and focus on tolerance.

Erik and Roselyn were thrilled to have their daughter in this groundbreaking program. Granted, it took several phone calls to district authorities to accomplish the transfer and Roselyn had to drive an extra 30 minutes each morning to drop off Jayla, but it was quite a coup to brag about in their circle of friends.

Jayla turned 13 two years into junior high. For her birthday she told her parents she wanted to order pizza and hang around the house – there was something she needed to tell them. Over pepperoni and Coke, Jayla calmly informed them that she'd been discussing it with her friends and teachers and had decided she was gay.

Though she had never had a girlfriend, or a boyfriend for that matter, Erik and Roselyn were quick to affirm her decision and let her know she had their full support. Roselyn applauded her daughter's honest, courageous move and told Jayla how proud she was. Erik was also supportive and went so far as to tease Jayla about her best friend Sara.

There weren't too many lesbians in her junior high and Jayla had a pretty average experience, but she attracted attention when she entered high school wearing the rainbow buttons specially purchased by her mother. Soon she was 15 and seriously involved with Carla, the 17-year-old senior who was President of the Gay Pride Club. When Erik and Roselyn saw the relationship deepening they sat Jayla down and had a heart to heart "sex talk," encouraging her to be responsible and safe, and only to have sex if she was truly in love.

She was. However, when the year ended Carla left for college on the east coast and broke off the relationship in a letter.

Jayla was heartbroken. Erik and Roselyn were quick to comfort, as any loving parents of a shattered teenager, but their answers seemed hollow to Jayla, their comfort cold. At 16 she began dabbling in drugs - a first for her.

By the time her senior year began the family bond that was once so strong had disintegrated to the degree that she seldom spoke to her parents unless it was to strike out in anger. She had not entered into another dating relationship, as much as they encouraged her in that direction. Rather, she seemed withdrawn from the world and spent endless hours either locked in her room or suspiciously absent. Finally, Roselyn had enough and took her to a doctor who prescribed an anti-depressant for teenagers that had just been released on the market.

By Christmas the medication seemed to be working. Jayla was coming around, spending more time at home. She seemed calmer and more at peace. They were even beginning to talk about college. But New Year's morning they found her dead, her anti-depressant bottle and a quart of vodka laying empty in the trash and a mass of journals and letters scattered around her in the bed.

Erik and Roselyn were devastated. Jayla had been their whole life. They dove into the letters and journals, trying to make sense of it all. What they found only served to inflame their anger. Some boy named Nick had been telling their daughter that she was a sinner, quoting Bible verses that said her sexual preference was an abomination before God. Jayla's journal was full of self-loathing, page after page about her relationship with Carla, page after page of rambling, agonizing pain. Why was she made like this if homosexuality was a sin? Why would her parents have supported her if it were an abomination? Why had she listened to the seventh grade teacher who told her experimentation was the best way to determine her sexuality? What was wrong with her?

They could hardly stand to finish it but they read every word. In the end their grief found relief, as it so often does, in bitterness and hatred. The day after Jayla's funeral, attended by hundreds of students from Jayla’s school, Erik and Roselyn met with the District Attorney. A year later, bitterness not yet assuaged, they went to see a lawyer. In the culture of America, where there is rarely tragedy unaccompanied by litigation, they found a willing law firm. Someone would pay.