Today is the second day of Book Blogger Appreciation Week and it's been a blast already. Today is Interview Day with Another Book Blogger! I know all of you remember my totally awesome interview with My Friend Amy from last year. Well this year I decided to branch out and meet a new book blogger and I did!

Today I am please to introduce to you to Sya from The Mountains of Instead. She's a YA blogger from Scotland (which already makes her cool in my book). She's actually eaten REAL Chinese food because she used to live in China but unfortunately the stuff in Scotland doesn't even come close. So without further adieu, here is an Books, Movies and Chinese interview with Sya from The Mountains Instead. 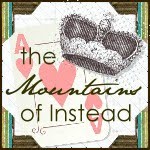 1. Describe yourself using only ice cream flavors.
Gak. I hate ice cream (yes, yes, I know) but here goes: Mint chocolate chip, because it seems straightforward but then surprises you. Pistachio because it's a little odd. Rocky Road, because it sums up my life - fun, if sometimes a little bumpy. 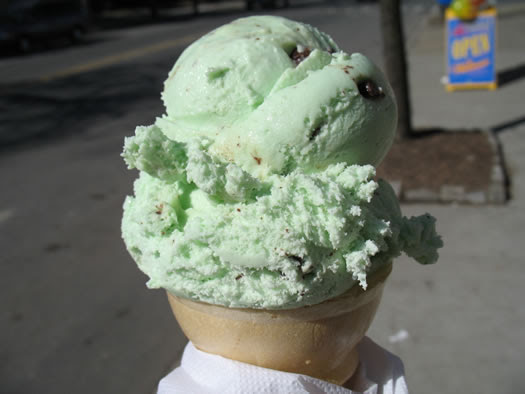 2. Basic questions, yada yada yada: How did you get started in blogging? What is your blog about and how long have you been blogging?

I started reading young adult fiction when my daughter was a baby - I couldn't concentrate on much and basically believed (incorrectly) all YA stuff to be pretty basic. I started looking up reviews to get ideas for new books to read and realised that there were all these bloggers out there who were passionate about the books that they were reading. As a single mum living in a smallish village I was feeling quite isolated so decided to start a blog myself. That was six months ago and I haven't looked back.

I decided to blog about YA fiction because I realised that there is such a lot of talented writers that I had been missing out on just because I felt their books would be too "young" for me.

3. You’re from the UK. Do you have an awesome accent?

I have a Scottish accent! Specifically Edinburgh but with a highland lilt. I don't know if it's awesome but I've been told that I'm quite well-spoken so take from that what you wish!

Deborah here: I did a quick poll asking people the most famous person from Scotland they knew. The two top responses: Sean Connery (shirtless AND reading) and Groundskeeper Willie.

4. You’re currently swimming in an overflowing TBR pile. Which book would you first choose as a life preserver to help you get through the massive selection and why?

Currently, I think that I would go for Freak Magnet by Andrew Auseon. I've heard nothing but good things about it, but it's not a title that I would have picked up without prompting so I'm curious to see what it's like. 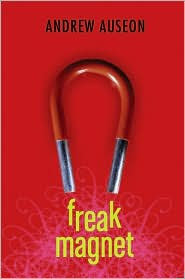 5. Egads! You’ve just found out that your favorite snack food is going to be discontinued forever and whatever is left on the shelves right now is all that’s left. What will you be making a mad dash to the store for?

Nooooo! Life with out spicy pepperamis?? Tell me it's not true, because I don't think they store that well and must therefore gorge myself on them right now! 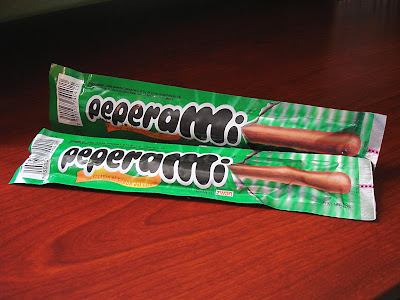 (I hope this is what you're talking about! It was on Wikipedia)
6. I'm a big YA reader but I find myself having to explain to other people that YA isn't just for teens and they aren't always quick, happy go lucky reads. As a YA blogger, do you find yourself having to defend why you read YA as an adult? If a non YA reader asked for some suggestions, what are 3 books you would recommend?

I ashamedly confess that for a while I was a closeted YA reader. It's true - I thought adults would laugh at me. Now that I have stepped out of that closet I do have to defend what I read which often gets me quite annoyed. I don't see chick lit as great literature, but I don't insult people who love it by smirking at their book choices. What really annoys me is when people laugh at me for reading "kids" books but don't read much of anything themselves. Grrrrr.

Three books that I would (and have, to great success) recommended are How I Live Now by Meg Rosoff because I think it's a great crossover novel; City Of Bones by Cassandra Clare because I think it illustrates that YA can be fun, well written and also have pathos and finally The Knife of Never Letting Go by Patrick Ness because it is some of the finest writing that I have ever come across - adult or young adult (as are the other two books in his Chaos Walking series).

Yes... and no. I am a huge fan of the older films and have been since childhood. The more recent ones, not so much. I mean - Jar Jar Binks???? Come on, Lucas! 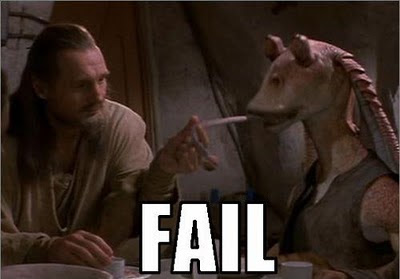 Well I hoped you enjoyed getting to know Sya! I know I did, and I have already added her blog to my google reader. Check out her blog for her interview with me and also where she is celebrating the Week of the Living Dead this week!
BBAW