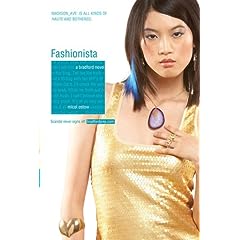 Madison, Spencer, and Reagan have it all: the looks, the connections, the money, the boys. As the daughters of three of the most prestigious families on Philadelphia's Main Line (read: old money, and lots of it) and the ruling juniors at Bradford, nothing can stand in their way...except, perhaps, their own dark secrets.

Madison feels plenty guilty for sneaking around behind Spencer's back with Spencer's long-time boyfriend, Tyler. But what Spencer doesn't know can't hurt her, right? Too bad nothing at Bradford stays secret for long...

Starting a series with the second book can be hit or miss. Sometimes there is enough information in the second book to keep you updated from what happened in the first book and therefore can be read as a standalone. Other times it feels as if the author fully expects you to have read the first book before you even touch the next one. This book feels like the latter. For the first few chapters of the book, I was totally lost. The book is written in email, blog, IM format. Normally I really enjoy this format because it makes for addictive reading due to no chapter stops. However in this case, because I was unfamiliar with any of the characters or their real names, I was unable to keep up with who was who. I felt like there's too much teen speak and label dropping in this book. While I don't mind when the occasional use of slang or see some labels every now and then, the constant usage is really jarring. This is especially true when you can understand what in the world the teens are saying. There is some language in this book, as well as teen drinking.

I've never been a fan of girls who are cheating with their best friend's boyfriend. I don't know why they can't see this relationship will never work out. There are interesting topics in this book however. There is a big discussion on kleptomania and the consequences it causes. Although, I didn't like the way it finally handled and it just didn't seem like the problem was really resolved, more like it was pushed aside and hidden under a rug. Also I appreciated there being a diverse cast, always a plus in YA book.

Overall this book was ok. As of right now, it's not in my top 3 for YA chick lit books. I probably will need to read the first book to get a full appreciation for the story and then move on to book 3. I think teens will like this series too. If you enjoyed the IM conversations and emails from Gossip Girl and The It Girl, then this book is for you.