Book Review: "A Stitch in Time" by Allison Bottke 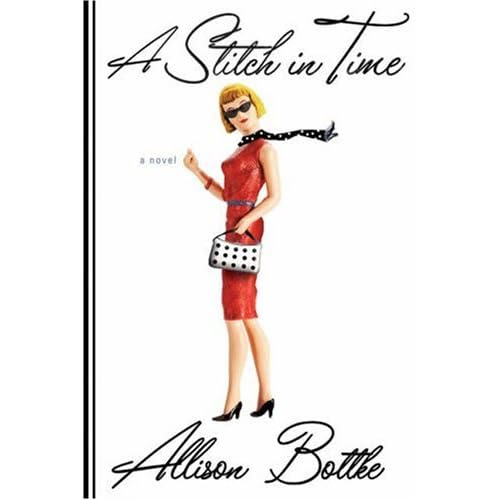 A change will do you good

Dee is now living the fabulous life. Once overweight and unhappy, thanks to gastric bypass surgery, plastic surgery and a great job she's starting to enjoy life a little more. She still won't forgive her ex-husband who cheated on her even though he keeps bugging her about it. She's enjoying her new image and wants to enjoy her life to her fullest. Unfortunately her two 30+ year children don't seem to share this idea with her and constantly bicker with Dee blaming her for their parents' breakup. Plus Dee's new clients are not the easiest bunch to work with. Then just as there is a new guy in the horizon, Dee is forced to work with her ex on the project! This definitely puts her new faith in Christianity to the test.

This was a really fun book to read. I enjoyed reading about Dee's business with all the movie stars. Loved the costume ball sequence with Patrick Swayze. I also enjoyed that the person who had kept doing wrong to Dee finally got found out and punished, without Dee extracting her own revenge. I also liked since Dee is new Christian, she is eager to share about her faith but she knows not to blast it out to people when they feel uncomfortable. She's still mostly the same person though, feeling insecure about herself and hoping that plastic surgery will ease all her troubles away. I enjoyed the fashion, shoes, clothes talk in the book. It made it more fun for me to hear about designer names even though I will never be able to afford them! Dee's a very likable character and the reader constantly wants to cheer her on. I felt that it was also very realistic to show that society was treating Dee better just because she was skinnier. Yes Christians are suppose to love everyone, but it's also truth that looks ARE being judged in society. The only thing I didn't like was that I felt the ending was a little too tidied up. I honestly didn't see why she had to go back to Lyle. Yes she should forgive him, but that doesn't mean she can't be angry with him. He lost her trust, she didn't have to take him back. I know he became a Christian but I would have liked to see him at least become more spiritually mature before Dee took him back. Other than this, this book is highly recommended. It's targeted for the baby-boomer set but I believe anyone who likes a fun chick lit book will enjoy this one at any age.