Book Review: "It Happens Every Spring" by Gary Chapman and Catherine Palmer

This week, the Christian Fiction Blog Alliance is

by Gary Chapman and Catherine Palmer
ABOUT THE AUTHORS: 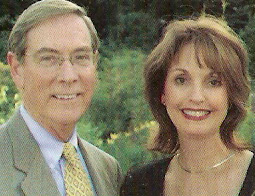 GARY CHAPMAN is the author of the New York Times best seller The Five Love Languages and numerous other books. He's the director of Marriage & Family Life Consultants, Inc., and host of A Growing Marriage, a syndicated radio program heard on over 100 stations across North America. He and his wife, Karolyn, live in North Carolina.

CATHERINE PALMER is the Christy Award-winning, CBA best-selling author of more than forty novels--including The Bachelor's Bargain--which have more than 2 million copies in print. She lives in Missouri with her husband, Tim, and two sons. 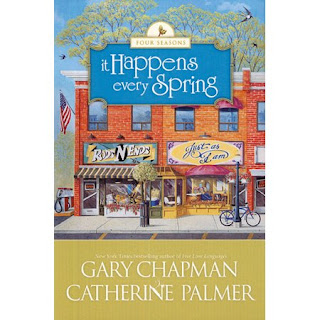 In the small town of Tranquility, everything seems to be picture perfect from the outside. It's your average small American town where everyone knows your name. It's also spring, a happy time because everything is new again. However inside Brenda and Steve's house it's ice cold chilly as the couple is having problems with their marriage. Each feels the other to blame and are almost ready to call it quits. However circumstances such as a homeless guy and the TLC club plan to put a stop to it and help them out. But a handyman seems to tempt Brenda while Steve's work seems to consume him. It'll take the whole season for them to realize how to work things out.

Ah, marriage relationships. Seems like everyone is always talking about them. Maybe it's because I'm not married yet and don't have kids, but I personally felt that Brenda was mainly to fault with her and Steve's relationship. I might be wrong here, but she seemed really moody and just plain mean to him. He kept trying to talk to her and she would blow him off and then get mad at him for talking to her. No wonder why men can't figure women out. To be fair, Steve did seem more preoccupied with work, and it seemed that every time he did try to talk to Brenda at night it was so they could have sex. Not the best intentions it seems. I also felt that the Cody situations seemed a little forced. While I liked his character much better near the end, he originally came off as kind of annoying to me. Brenda seemed a little too trustworthy in letting a random man sleep on her porch and only did it to rebel against Steve. I mean, Cody could have been acting and then murdered her when no one was around.

But that's the only complaints I have because I really really enjoyed this book. The characters are refreshingly real and relatable. I liked the other women in the town, especially the multi hairstyle Patsy and her beauty shop. If I visited the town I would definitely stop there to get my hair done. I'm also looking forward to reading more about Ashley because I'm hoping that she will put sense into her husband. Lots of funny tidbits in the book that will get you laughing too. The whole town would be a wonderful place to live/visit. Reading the book was like drinking a cold iced tea, refreshing. I really enjoyed this book. I love the cover too, it's really colorful and so detailed. I can't wait for "Summer" to get here!