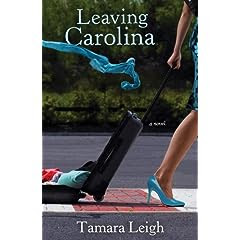 Piper Wick left her hometown of Pickwick, North Carolina, twelve years ago, shook the dust off her feet, ditched her drawl and her family name, and made a new life for herself as a high-powered public relations consultant in LA. She's even "engaged to be engaged" to the picture-perfect U.S. Congressman Grant Spangler.

Now all of Piper's hard-won happiness is threatened by a reclusive uncle's bout of conscience. In the wake of a health scare, Uncle Obadiah Pickwick has decided to change his will, leaving money to make amends for four generations' worth of family misdeeds. But that will reveal all the Pickwicks' secrets, including Piper's.

The reasons why people leave home vary and are numerous but many times it's to escape the past that hurt us. That's the reason why Piper Wick has left her hometown and shed her true name. Her past has been painful and she wants to do anything to remove herself from that environment. Unfortunately for her, she gets sucker punched into returning and finds herself having to confront with the very things she's tried to run away from. If you like sweet tea, watching Paula Deen, and find yourself say y'all in your conversation, this book is for you. It's very southern and brings alive the flavor of the culture. The main focus of the story is on forgiveness and it does this without being overly preachy. Also learned are lessons on judging and trust as well. The whole entire Pickwick game could stand to learn from these lessons as they are one big dysfunctional family.

Piper's character allows you to hurt with her and understand why she's become who she is today. I must say after reading what her aunts and cousins did and said in the past, I would have shaken the dust off my heels and left as well! Thank goodness the book insists on reading the rest of the verse in order for the lesson to truly come across the way it was originally intended.

While I enjoyed this book, I didn't gel with it as well as I have with Leigh's other books. I just felt like I couldn't relate nor get as close to Piper as I have with Leigh's other heroines. Also this book gives off a less chick lit feel that the others. The character is the same age but acts older and more mature. There is less humor in this book and the tone is more serious. I also didn't find the romance to be as fun or engaging as past stories. Still though, I did enjoy the book and I'll be looking forward to reading the sequel and finding more about the inhabitants of Pickwick.

Leaving Carolina by Tamara Leigh is published by Multnomah (2009)

This review copy was provided by the publisher.