January 02, 2011
Here are some Christian Fiction books that I am looking forward to reading in 2011. These are books that I don't already have (hint hint :) Most of these books are by authors that I have enjoyed in the past with some debut authors as well. Alas a list of Fall 2011 releases have not be released so you are lucky or else this post would be 20 miles long. Any of these catch your eye? Any others you are looking forward to?

Check out also my list of 2011 Christian Fiction YA that I"m looking forward to.

Descriptions are from BN.com, Christianbook.com and publisher's websites.

U.S. Treasury Agent Alexandra LaDuca leaves her Manhattan home on an illegal mission to Cuba that could cost her everything. At stake? Her life … and the solution to a decades-old mystery, the recovery of a large amount of cash, and the return of an expatriate American fugitive to the United States.

After slipping into the country on a small boat, Alex makes her way to Havana. Accompanying her is the attractive but dangerous Paul Guarneri, a Cuban-born exile who lives in the gray areas of the law. Together, they plunge into intrigue and danger in a climate of political repression and organized crime. Without the support of the United States, Alex must navigate Cuban police, saboteurs, pro-Castro security forces, and a formidable network of those loyal to the American underworld.

Bullets fly as allies become traitors and enemies become unexpected friends. Alex, recovering from the tragic loss of her fiancé a year before, reexamines faith and new love while taking readers on a fast-paced adventure. If you enjoy thrillers such as those by John le Carré, David Baldacci, and Joel Rosenberg, you’ll love this series. 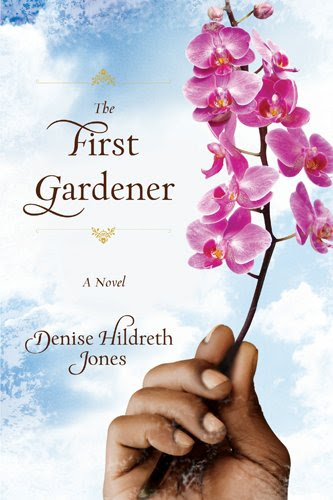 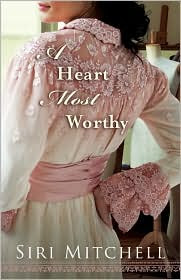 A Heart Most Worthy by Siri Mitchell (Bethany House, 3/1/11)

The elegance of Madame Forza's gown shop is a far cry from the downtrodden North End of Boston. Yet each day Julietta, Annamaria, and Luciana enter the world of the upper class, working on finery for the elite in society. The three beauties each long to break free of their obligations and embrace the American dream--and their chance for love. But the ways of the heart are difficult to discern at times. Julietta is drawn to the swarthy, mysterious Angelo. Annamaria has a star-crossed encounter with the grocer's son, a man from the entirely wrong family. And through no intent of her own, Luciana catches the eye of Billy Quinn, the son of Madame Forza's most important client. Their destinies intertwined, each harboring a secret from their families and each other, will they be found worthy of the love they seek? 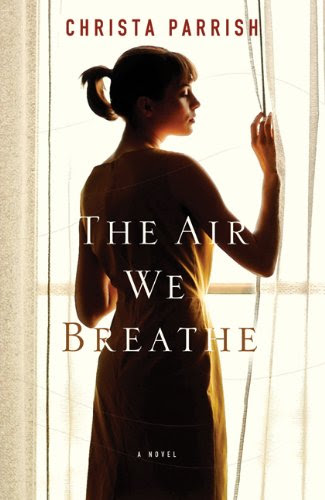 The Air We Breathe by Christa Parrish (Bethany House, 8/2011)

Seventeen-year-old Molly Fisk does not go outside. She's ruled by anxiety and only feels safe in the tiny tourist-town museum she and her mother run and call home. Yearning to live free but unable to overcome deep wounds from her past, she stays hidden away. Then the chance arrival of a woman Molly knew six years ago changes everything.

Six years ago, newly single Claire Rodriguez was an empty shell. Only in the unique friendship she strikes up with a young girl--a silent girl who'll only talk to Claire--does she see the possibility of healing. But one day the girl and her mother vanish, their house abandoned. What happened that drove them away? And how can Claire now offer Molly the same chance at finding a life anew? 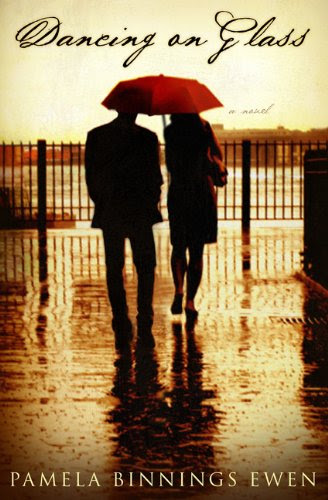 In the steamy city of New Orleans in 1974, Amalise Catoir sees Phillip Sharp as a charming, magnetic artist, unlike any man she has known. A young lawyer herself, raised in a small-town Christian home and on the brink of a career with a large firm, she is strong and successful, yet sometimes too trusting and whimsical. Ama's rash decision to marry Phillip proves to be a mistake as he becomes overly possessive, drawing his wife away from family, friends, and her faith. His insidious, dangerous behavior becomes her dark, inescapable secret.In this lawyer's unraveling world, can grace survive Ama's fatal choice? What would you do when prayers seem to go unanswered, faith has slipped away, evil stalks, and you feel yourself forever dancing on shattered glass? 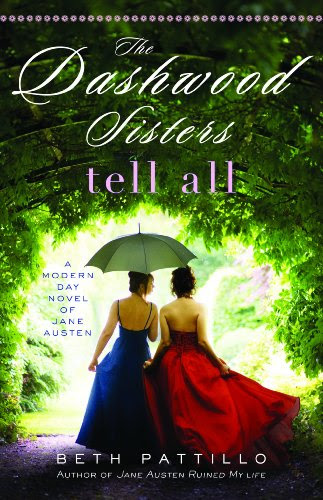 The Dashwood Sisters Tell All by Beth Pattillo (Guideposts, 4/1/11)

heir mother's dying wish---and a long-lost diary---send Ellen and Mimi Dodge on a walking tour of Hampshire, England, in the footsteps of Jane Austen. By the time they realize that Cassandra Austen's journal holds a treasure map leading to Jane's own diary, somebody else is determined to find it first---at any cost!

Lucy Scarpelli, an Italian dressmaker from New York, befriends socialite Rowena Langdon as she's making her summer wardrobe. It's an unlikely friendship, but one that Rowena encourages by inviting Lucy to the family mansion in Newport, Rhode Island. Grateful for Lucy's skill in creating clothes that hide her physical injury, Rowena encourages Lucy to dream of a better future. One day Lucy encounters an intriguing man on the Cliff Walk, and love begins to blossom. Yet Lucy resists, for what man will accept her family responsibilities? Rowena also deals with love as she faces a worrisome arranged marriage to a wealthy heir. And Lucy's teenage sister, Sofia, takes up with a man of dubious character. All three women struggle as their lives, and those of each unlikely suitor, become intertwined in a web of secrets and sacrifice. Will any of them find true happiness? 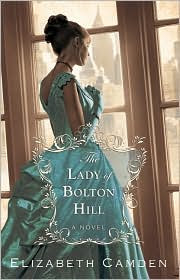 The Lady of Bolton Hill by Elizabeth Camden (Bethany House, 6/1/11)

Female journalists are rare in 1879, but American-born Clara Endicott has finally made a name for herself with her provocative articles championing London's poor. When the backlash from her work forces a return home to Baltimore, Clara finds herself face-to-face with a childhood sweetheart who is no longer the impoverished factory worker she once knew. In her absence, Daniel Tremain has become a powerful industry giant and Clara finds him as enigmatic as ever. However, Daniel's success is fueled by resentment from past wounds and Clara's deeply-held beliefs about God's grace force Daniel to confront his own motives. When Clara's very life is endangered by one of Daniel's adversaries, they must face a reckoning neither of them ever could have foreseen.

Three grown Southern sisters have ten marriages between them—and more loom on the horizon—when Ginger, the eldest, wonders if she’s the only one who hasn’t inherited what their family calls “the Grandma Gene”: the tendency to like the casualness of courtship better than the intimacy of marriage. Could it be that her two sisters are fated to serially marry, just like their seven-times wed grandmother, Mrs. Lillian Irene Harper Winslow Goldstein Carey James Bobrinski Gordon George? It takes a “girls only” weekend, closing up Grandma’s treasured beach house for the last time, for the sisters to really unpack their family baggage, examine their relationship DNA, and discover the true legacy their much-marrying grandmother left behind . . . 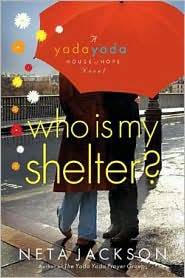 The tables have turned and Gabby's estranged husband--who threw her out when she didn't live up to his image of a "corporate wife"--needs her in a way neither ever expected. He's begging for reconciliation, but Gabby has moved on, finding purpose and a future in the House of Hope. Not only has she found shelter for herself and her sons there, but she's able to help provide shelter for homeless moms and their kids.

And yet . . . there's a hole in her life. Is God leading Gabby down a new path and giving her something--and someone--new? Or is He redeeming what she thought was gone forever?

No Covers or Descriptions for the following