Somewhere to Belong by Judith Miller 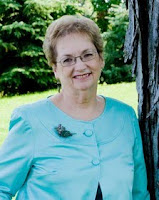 Most readers want to know how authors 'got started' writing. My first novel, Threads of Love, was conceived when I was commuting sixty miles to work each day. I had absolutely no idea how publication of a book occurred and had given no thought to the concept. However, through a co-worker, I was directed to Tracie Peterson who, at that time, worked down the hall from me.

With a graciousness that continues to amaze me, Tracie agreed to read my story, directed me to a publisher, and gave me information on a Christian writers conference. Since that first encounter many years ago, I have been blessed with the publication of numerous books, novellas and a juvenile fiction book. Joyously, Tracie and I had the opportunity to develop a blessed friendship. In fact, we have co-authored several series together, including The Bells of Lowell, the Lights of Lowell and The Broadmoor Legacy. In addition, I have continued to write several solo series.

Note: Judith Miller is an award-winning author whose avid research and love for history are reflected in her novels, two of which have placed in the CBA top ten lists. In addition to her writing, Judy is a certified legal assistant. Judy and her husband make their home in Topeka, Kansas.

Johanna Ilg has lived her entire life in Main Amana, one of the seven villages settled by devout Christians who believe in cooperative living, a simple lifestyle, and faithful service to God. Although she’s always longed to see the outside world, Johanna believes her future is rooted in Amana. But when she learns a troubling secret, the world she thought she knew is shattered. Is this truly where she belongs?

Berta Schumacher has lived a privileged life in Chicago, so when her parents decide they want a simpler life in Amana, Iowa, she resists. Under the strictures of the Amana villages, her rebellion reaches new heights. Will her heart ever be content among the plain people of Amana?


If you would like to read the first chapter of Somewhere to Belong , go HERE
CFBA